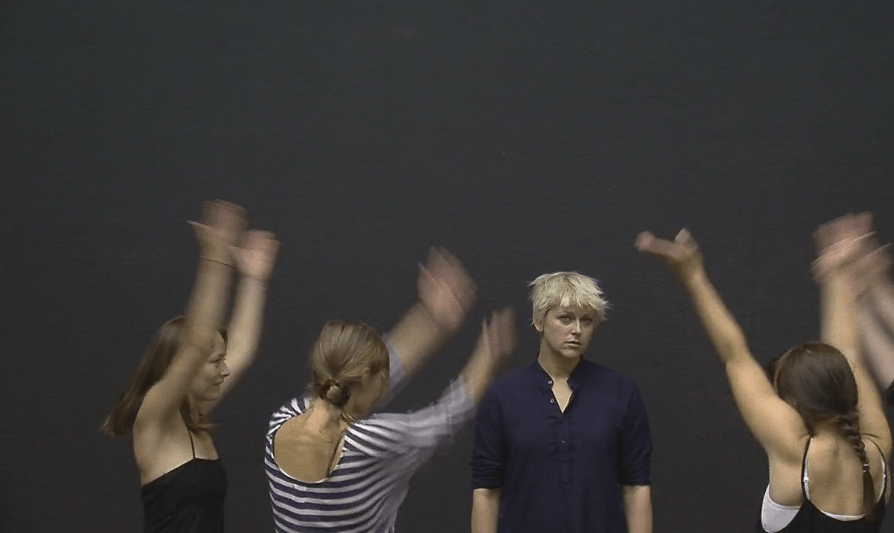 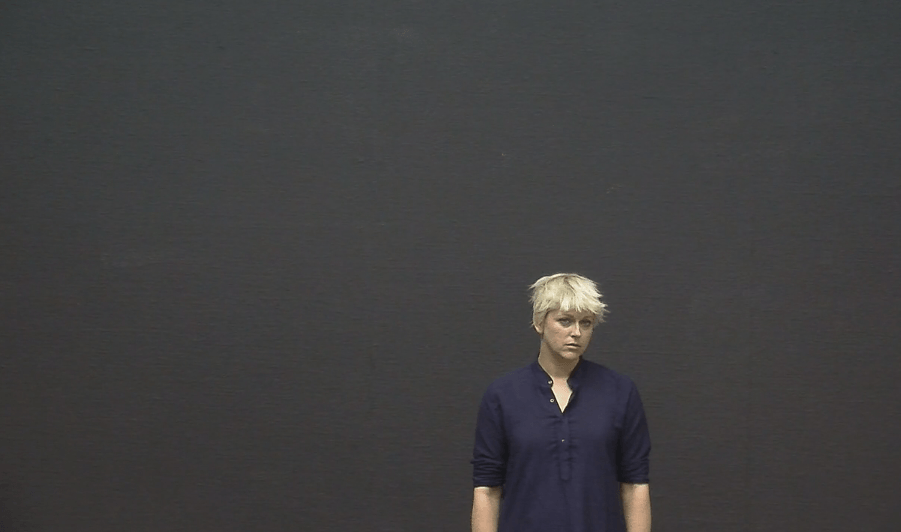 During the performance festival Merging Grounds at Den Frie Udstillingsbygning in Copenhagen we found ourselves discussing the problem of audiences often falling into melodramatic interpretations of work containing elements of dancing. The talk resulted in a very simple and spontaneous set-up. A wish to try and isolate something which was named a "melodramatic moment" in a choreography, for the sake of finding the opposite; a purely functional potential within it.

Filmed during the performance festival Merging Grounds as part of the week-long durational performanceEnd(Less) Theater. The piece was also presented during the unwilling-to-be-defined Not Festival at Dansehallerne, Cph.