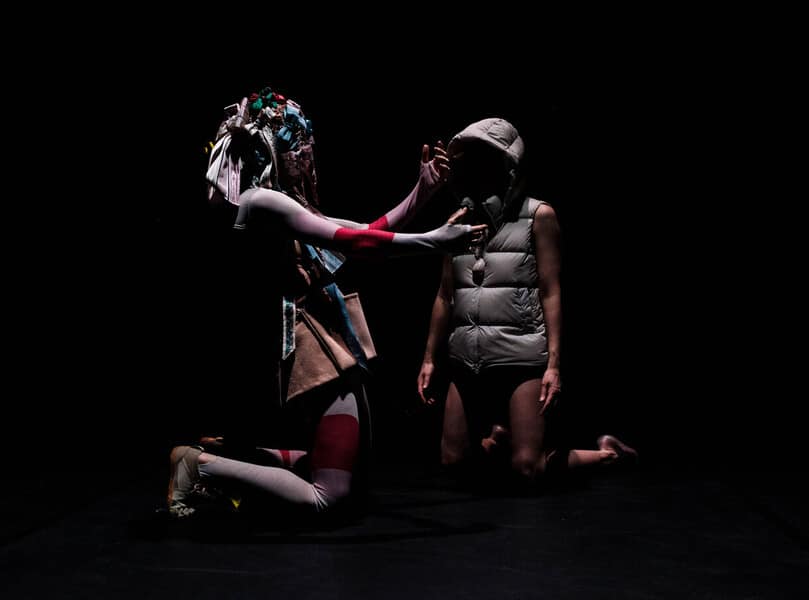 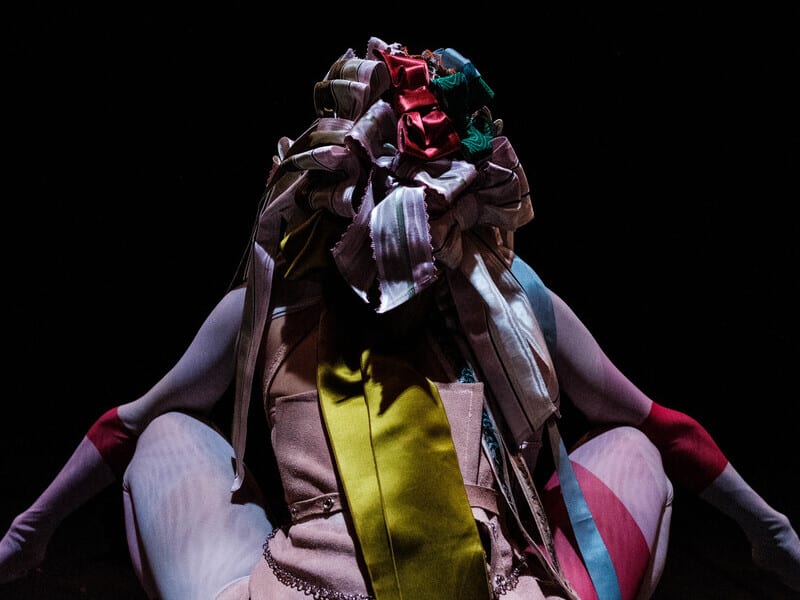 CHOREOGRAPHY • On the political and aesthetic potential of dream material •
CPH. DENMARK • 24th OF FEB - 1st OF MAR, 2020

With Of All Its Parts: From Darkness we, the duo two-women-machine-show, conclude our episodic journey into the unknown depths of a shared imagination. The result shows a timeless and transformative figure, whose dancing is a ceaseless flux between someone and another, between the body of the performer and the body of the sound/set/theatre/audience, between magical fables and possible depictions of the real.

The transformative figure has often, in our part of the world, been referred to as a being belonging to an age of myth; a period in which metamorphosis was the common gift of all creatures and constantly practiced to allow dynamic movement in times of stagnation or crises. Of course, such positioning of the figure as "pure fiction" can be debated or problematized when held up against a more complex cultural landscape, but the gift it offers, whether we believe it to be real or not, is never the less a gift full of movement!

Leading up to 2018 we had spent several years exploring different somatic and meditational techniques that could allow us to enter a pre-cognitive state of being - some approaches were self-invented, some were taught to us by others. By practising these different techniques we were able to interact with those inner spaces that express themselves via dreamscapes and vision-like experiences.

Between 2019-2020 we made joint journeys into these inner spaces in a total of 24 times. We carefully documented what we experienced through a writing method that eventually produced a book of 24 scores. The final episode in the journey of Of All Its Parts is entitled “From Darkness” and is the literal manifestation of these 24 scores activated - in parallel times - in light, costume, movement, set-design and sound. The work shows the appearance of a transformative figure that at the same time embodies 24x5 identities, leading to an overflow of fleeting images and chaos. What becomes possible in this grand dance of ceaseless fluctuation is a common dive into the messy nature of a collective unknown — invoking voices, spaces and stories that appear in a timely moment to gently make their demand.